Orelia and Week of the Volunteer

When Freddy Baerts had to close his café again for several months, he was at a loss what to do. The café owner of the wellknown “Borrelhuis” in Hasselt wanted to make himself useful and thus offered to lend a hand to the residents of Orelia Katharinadal, the residential care centre around the corner. He already knew most of the residents anyway since they often went for a drink at his café. 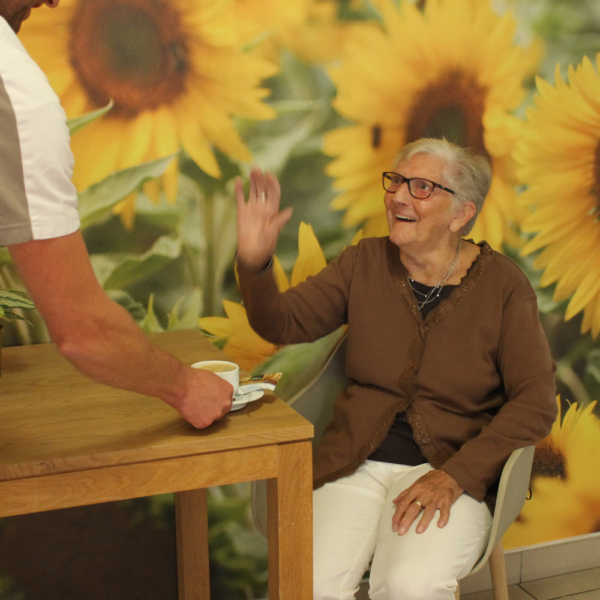 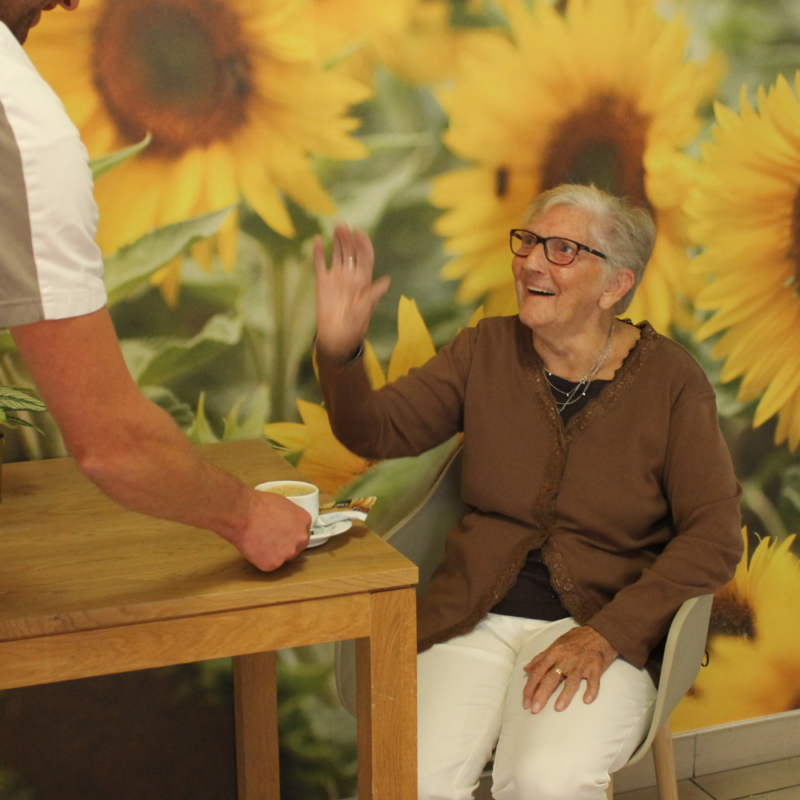 The management of Orelia Katharinadal was pleasantly surprised by Freddy’s generous offer and kindly accepted it. The result: for almost seven months now, Freddy has been going to Katharinadal every day, seven days a week, at 11.30am sharp to help prepare for the afternoon shift. Being a dyed-in-the-wool “garçon”, he then waits on the residents, accompanies them to the tables and serves them their food. More often than not with a silly joke or two. “Fred knows how to make a difference” and “He knows exactly what you need and makes your day”, are just a few of the comments from the residents.

Thanks to the help of volunteer Freddy, the residents are in a good mood and the staff of the residential care centre can take a breather during the afternoon. And Freddy is happy, too. “When we had to close the café for the second time, I was looking for a way to make my time useful. There’s a natural “click” with the residents and the staff of Katharinadal, and it gives me great satisfaction to be a helping hand in times of need.”

Such stories can make the headlines, because a human-interest story appeals. But what else do you need to turn such a positive story into a strong pitch which in turn makes headlines? Good timing, for one. For this news story, it was the “Week of the Volunteer”. Many editors keep those ‘Day of…’ or ‘Week of…’ highlighted in their calendars. So this ‘Week of…’ was an excellent news opportunity.

Moreover, we were able to give the news story some body with testimonials. Besides Freddy, we found some residents willing to talk about his work. This was necessary, because it allowed the journalist to make a story that seemed ‘familiar’ to many viewers: many people have an uncle, aunt or (grand)parent in a residential care centre, and who they have not been able to visit for several months because of the COVID regulations on social distancing and lockdowns. The example of Orelia’s residential care home was telling: viewers could, as it were, ‘identify’ with the residents who were interviewed.

In the run-up to the Week of the Volunteer, we wrote a storyline in which we linked two social topics: the Week of the Volunteer and the forced closure of the catering industry due to the COVID crisis. Both VRT NWS and TV Limburg found this interesting and ran the story. And that’s how Freddy appeared in the seven o’clock news on national television.