Is the message of experts around the coronavirus blurred?

The above claim by former minister Maggie De Block about the way experts have been communicating during the coronavirus crisis certainly raised a few eyebrows this weekend. According to De Block, people are disgusted with how they are communicating. Her statement mainly took aim at them publicly railing against decisions that have been taken, the often-contradictory information experts put out into the open and the general information overload.

De Block’s words undeniably touched a nerve, particularly with a series of clashes between politicians and experts over the past few months still fresh in people’s minds. As recently as last week, Marc Van Ranst waived a pay packet, as he feared that he would have to ‘toe the line’ if he accepted it.

Of course, experts who are not working for the government are free to air their opinions. However, when these same experts advise the government and subsequently fail to get behind political decisions, the message is at risk of becoming diluted. On top of that, the experts often disagree amongst themselves, which only adds to the public’s confusion.

So, how does the public know which decisions are the right ones? And more importantly, is this confusion affecting the trust the public absolutely needs to have in the coronavirus measures?

Trust is crucial; ambiguity is fatal

In a crisis, communication needs to be as streamlined as possible. In other words, uniformity in communication is essential: clear, transparent communication wins people over and helps you build a better reputation. The exact opposite happens when different messages hit people left, right and centre: trust in communicators (experts, politicians, policymaker) plummets with every disagreement or conflict.

With that in mind, coordinated communication is an absolute must. Who plays which role? Who communicates about what? When exactly does a message need to be put out into the open? And what’s the best way to do so? Experts and politicians each have a different role, but with experts frequently commenting on political decisions and vice versa, the picture is becoming ever more blurred for the public at large. As a result, it is important to define the role that each one plays much more clearly: politicians should talk about political decisions, while experts should talk about their virological insights. Sure, asking the experts for their opinion on political decision always throws up an interesting angle, but ideally, these same experts should also make it clear that a political decision is never solely based on pure virological advice. Politicians also need to consider a range of other aspects (such as the economy), so it shouldn’t come as a surprise when their decisions don’t always match the virological advice word for word.

The public often views experts as a ‘neutral’ source of information who keep sharing the exact same message, rooted in their expertise. That said, it is clear as day from their communication that experts don’t always agree on every point. For example, some experts believe we’re slap bang in the middle of the third wave, while others still cling to the hope we can avert it. In times of a pandemic and a crisis, this type of uncoordinated information poses a problem, as it slowly chips away at the remaining trust that people have. As such, better coordination between experts about the messages they want to communicate would only be in everyone’s best interests.

(Crisis) communication is a skill

The ongoing pandemic is a crisis without equal. It goes without saying that the government needs to consult experts in virology to gain the upper hand over the pandemic, but experts in communication can also make a valuable contribution. After all, (crisis) communication is a skill. The communications team at the National Crisis Centre is already doing a good job, but I believe it should be involved even more in communication during these times.

Among other things, the ‘Crisis communication guidelines’ document drawn up by the Crisis Centre prior to the coronavirus pandemic touches on the importance of uniformity in communication. Regrettably, we’ve failed to live up to this promise all too often during the coronavirus crisis.

For these reasons, I’d like to make the case for giving communications experts a seat at the table. Involving them right from the earliest stages of the decision-making process and allowing them to help explore how certain messages need to be put across, who should take on which roles and responsibilities, how exactly a message should be communicated, who should act as the source of which information and so on is bound to result in a more streamlined process and adds weight to the message itself. That way, even the most difficult messages are more likely to be broadly understood and accepted. 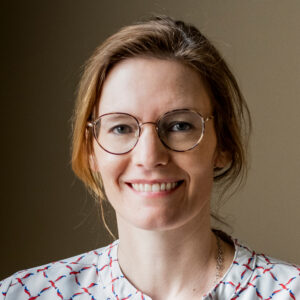 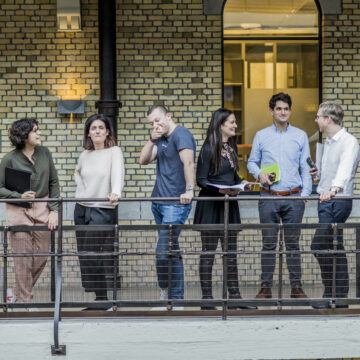 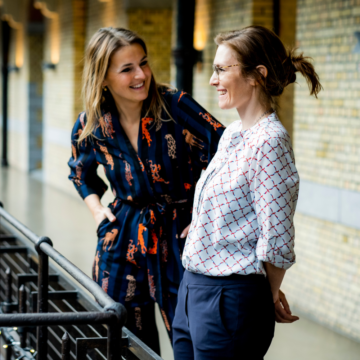 Communication should be in the cockpit more than ever